Europe before the crash 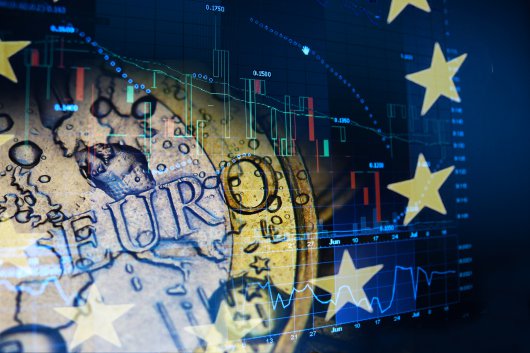 The next financial crisis is on the way. Deregulation of financial markets, privatisation of pension systems, growing social inequality and cutbacks in state spending are increasingly forcing more money onto the financial markets because there is a lack of demand and investment in the real economy.

Since the economic and financial crisis of 2007, the European Central Bank (ECB) has been trying to give artificial respiration to its sick patient Europe by providing cheap money, while bleeding the patient with cutbacks in state spending, wages and pensions.

The cheap money from the ECB does not end up in the real economy because companies and governments are not investing, despite zero interest rates. By contrast, stock exchanges and the wealthy are having a ball because central banks are buying up their securities and propping up rates. As numerous studies – for example that of the Bank of England – prove, this monetary policy has made the rich richer.

The time has therefore come for an uncomfortable truth: when the next financial crisis arrives, the central banks will be completely at their wits’ end. The debate on limiting cash under the pretext of financing terrorism is in fact being conducted because the central banks do not know where to go from here.

Negative interest rates on banks’ deposits with the ECB have not encouraged banks to lend more since companies are not willing to invest. Now therefore EU citizens are to be forced to park their money with banks instead of hiding it underneath the mattress, allowing banks to pass on those penalty rates to their customers and force them to consume. That monetary policy is illogical, undermines trust in legal deposit guarantees and risks provoking a run on banks.

Monetary policy cannot cope if it is not supported by fiscal policy. The fiscal compact, however, has forced many EU states up with the back against the wall. In addition, their scope for fiscal action is also limited because of increased state indebtedness as a result of anti-growth budgetary cuts, bank bail-outs and insufficient wealth taxation.

The ECB should therefore change its course and finance investments instead of financial bubbles. Instead of buying securities from banks and the wealthy and pumping more money into financial markets, the ECB should stimulate the economy.

Mario Draghi could finance public investment, while allowing for the aim of price stability, and thereby pump money into the real economy until, for example, the worryingly high rate of youth employment is cut. That would encourage private investment. Urgently needed services for the future, such as education and research, sufficient housing and a decentralised energy supply have long been neglected. That neglect is avenging itself with full force in the migrant crisis.

Admittedly, the ECB would have to ignore the prohibition on monetary financing of governments set out in the EU treaties and the Bundesbank. After all, it is not clear why money for banks is good money but money for governments is supposed to be bad money. The property crisis in Spain and the meltdown on the financial markets have shown that banks are no wiser in handling money than governments are.

The ECB could also make credit payments to the bank accounts of low-income private households at the push of a button. This would even be consistent with the EU treaties. That idea hearkens back to the neoliberal economist Milton Friedman, who used the analogy in his monetary theory that central banks could drop money out of a helicopter onto the population. However, financing of investments seems to be more sensible in the long term than a short-lived cash injection to stimulate consumption.

We know that it is unlikely that this proposal will be implemented. In fact, the ECB turned off the money supply in Greece because the Tsipras government initially refused to cut wages and pensions and further destroy the economy. That is why Joseph Stiglitz, winner of the Nobel Memorial Prize in Economic Sciences, and Mervyn King, former governor of the Bank of England, expect the euro to fall apart.

In case of doubt, therefore, governments must implement their own democratic monetary policy. That, however, requires a return to devaluation and revaluation of national currencies within a European Monetary System (EMS). If a southern European central bank were to finance an investment programme, it would put pressure on the new currency. To avoid becoming the victim of currency speculation, those countries that leave the euro could first enter the current EMS with Denmark. The latter would require the participating central banks, including the ECB, to intervene in currency markets if exchange rates were to deviate from their fluctuation band. Regular adjustment of exchange rates would then be up to the finance ministers, according to the EU treaties.

With a new European Monetary System and democratically controlled central banks, the economy in the EU could be rebuilt and Europe’s democracy protected against the ravages of the financial markets.

Stefano Fassina is a former vice-minister of economics and finance in Italy, worked at the International Monetary Fund (IMF) and is a member of the Chamber of Deputies (for Sinistra Italiana [Italian Left])

The article was published in the german newspaper Frankfurter Allgemeine Zeitung on april 7th, 2016 and in the italien newspaper Corriere della Sera.