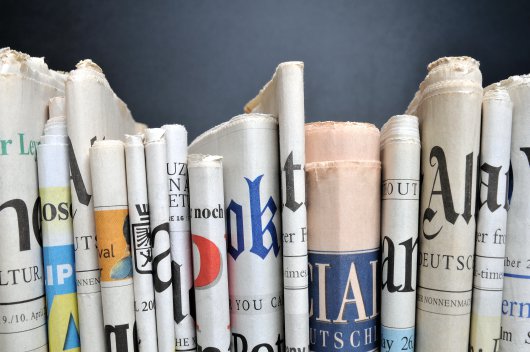 "[...] Set up in June 2016, the committee's top aim is to uncover instances of member states obstructing European Union laws against money laundering, tax avoidance and tax evasion, according to Fabio De Masi, a German member of the European parliament and the inquiry committee's vice chairman. It visited London Feb. 9-10 as part of its inquiry into the Panama Papers leaks of offshore tax deals, and the Treasury's refusal to meet will raise questions about the U.K.'s commitment to the investigation, with just over a month before it triggers the official process for leaving the EU. [...]

The U.K. is “very relevant” on the topic of tax evasion due to the number of intermediaries linked to it through the Panama Papers, De Masi told Bloomberg BNA in a Feb. 8 interview.
The data leak of more than 11 million documents from Panamanian law firm Mossack Fonseca & Co. identified nearly 2,000 U.K.-based aides—such as accountants, lawyers and tax advisers—who facilitated aggressive tax planning. Nearly half of the companies listed in the Panama Papers, meanwhile, were registered in the British Virgin Islands, one of the U.K.'s overseas territories.[...]

“The U.K. is at the heart of the world's largest web of tax havens and intricately connected with the world of offshore finance,” De Masi said in a Feb. 9 e-mailed statement. Through the U.K.’s overseas territories, “the who is who of global tax havens is thriving under the eyes of Her Majesty.”
The British government has been “sabotaging” work on the European Union's planned blacklist for tax havens, despite its previous promises to crack down on global tax evasion, he added. [...]"

"The U.K. is close to becoming a “prime tax haven,” according to the vice chairman of the European Parliament’s investigative committee on the Panama Papers.

The British government is “sabotaging” work on the European Union’s blacklist for tax havens, despite promises to crack down on tax evasion, Fabio De Masi, a German member of European parliament and vice chair of the Panama Papers committee, said in a Feb. 9 news release.

The “mainland U.K. is also on its way to a prime tax haven,” he said. The EU “must get tough on tax havens and introduce hefty withholding taxes against non-cooperative jurisdictions as well as withdraw licenses of banks and lawyers that continue to aid tax dodging,” he added. [...]"

"The European Parliament’s Panama Papers inquiry committee will hold secret fact-finding meetings in London over the next two days to identify global strategies against tax evasion.

During a two-day trip to England’s capital, the European Parliament’s Panama Papers committee will meet U.K. accounting and legal professionals, academics, non-governmental organizations, and representatives from HSBC Holdings Plc, according to a confidential plan of the committee’s trip, seen by Bloomberg BNA.

The U.K. is “very relevant” on the topic of tax evasion due to the number of intermediaries linked to it through the Panama Papers, Fabio De Masi, a German member of European parliament and the vice chair of the Panama Papers committee, told Bloomberg BNA in a Feb. 8 telephone interview. [...]"