Combatting the root causes for tax avoidance and tax dodging 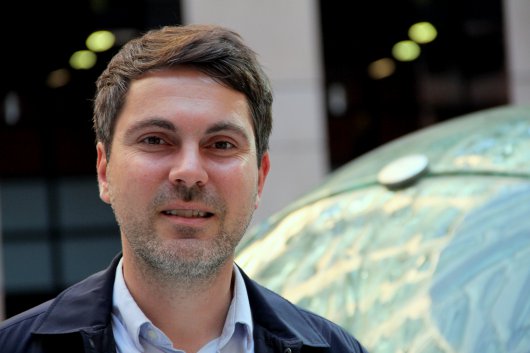 Followed by an informal meeting, in which the French finance expert and whistleblower Stéphanie Gibaud reported about systematic assistance of big banks to tax dodging and the Member of the European Parliament, Fabio De Masi, informed about the recent developments in the European Parliament's special committee TAXE, the parliamentary chairman of DIE LINKE, Sahra Wagenknecht, states:

„Tax avoidance and tax evasion of German corporations and wealthy individuals cost the German state 100 billion Euros annually. This is much more than what would be necessary for the support of refugees. The causes of tax dodging finally have to be combatted. Instead of promoting fear towards people fleeing from war and disaster, Finance Minister Schäuble should put a stop to wealthy tax exilers' games. A first step would include the promotion of a comprehensive whistleblower protection, since whistleblowers are the ones to reveal illegal tax practices."

„In Switzerland as well as in France and Germany, banks provide enormous support for tax avoidance and tax evasion. The governments and legal authorities turn blind eyes, or even worse. Whoever tries to raise attention about law-breaking of big banks, is in danger of being stigmatised or even criminalised", adds Stéphanie Gibaud, who lost her job as Head of Marketing and Communications at UBS France when refusing the instructions to cover up the bank's aid to tax dodging of wealthy clients and who advises the European Parliament and other governments regarding the role of the financial industry in tax issues.

"Despite all the explanatory efforts by Lux Leaks: The tax dodging of multinational corporations continues. This is not only because Jean-Claude-Juncker, the architect of the tax haven Luxembourg, is now the President of the European Commission. The grand coalition in the European Parliament shows no particular interest in elucidating the scandal. Dog (Mr Schulz) don't eat dog (Mr Juncker). Tax dumping is even anchored in the EU law. One cannot set minimum taxation rates for corporations without touching on the EU treaties. At least, national governments should promote initiatives against tax dumping, e.g. by a withholding tax on interest and royalty payments. In addition, Schäuble has to do his homework and dismiss the plans for a patent box made in Germany", states Fabio De Masi, Member of the European Parliament for the left party GUE/NGL and Member of the Special Committee on Tax Rulings and Other Measures Similar in Nature or Effect (TAXE). Fabio De Masi exacted the publication of a page of the Krecké report from the President of the Commission, Jean-Claude Juncker, which contains information on Luxembourgian tax practices and which had been kept secret by Juncker for 18 years.