Opinion article by Fabio De Masi in The Parliament Magazine 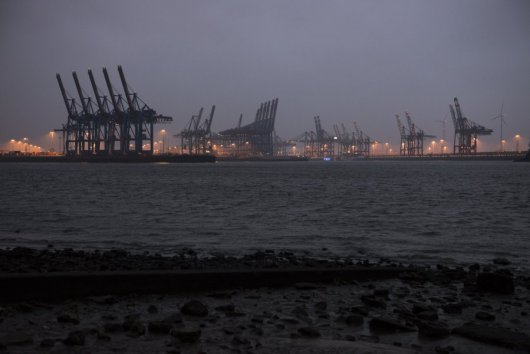 Fabio De Masi wrote an opinion article for The Parliament Magazine on the EU's failure to halt corporate tax avoidance. It was published online on 08 October 2015 and is quoted in the October print edition.

'LuxLeaks' taught the wider public what many had known for a long time. The European Union, its member states and citizens not only compete with Caribbean islands and Swiss vaults when it comes to trillions of euros being withheld from the taxman.

They also compete with tax havens in Europe, and one of the most notorious examples has been meticulously crafted under the aegis of current Commission President Jean-Claude Juncker. And despite much criticism, it is still doing very well.

The European Parliament created a special committee (TAXE) to look at corporate tax avoidance and investigate breaches of EU law. This concerns state aid rules, the requirement for member states to spontaneously exchange information on tax matters and the overall principle of sincere and loyal cooperation enshrined in the treaties.

We have now been through TAXE's agenda with the unsurprising conclusion that breaches of law were widespread across the EU. Yet, the committee's mandate remains unfulfilled, as no specific cases have been investigated.

Member states, the Council and the Commission still withhold important documents from the Parliament, which suffers from a complete lack of power to summon witnesses and sanction those refusing to cooperate.

Things have played out well for the tax dodging industry since the push from 188 members of Parliament for a fully-fledged inquiry committee was blocked by a silent Juncker-backing majority in the European Parliament.

Tax systems in the EU suffer from too little transparency and the disastrous concept of inter-state tax competition. Unlike the Commission, the TAXE report identifies specific problems and proposes some, albeit insufficient, remedies.

Country-by-country reporting that is comprehensive and, most importantly, public, is a necessary first step for transparency. But it needs to be complemented with public scrutiny for tax rulings, access to registers of beneficial owners of firms, trusts and others, as well as a putting a stop to initiatives like the so-called freeports.

In addition, we need stronger sanctions, such as revoking business licences not only against tax evaders, but also against banks and others that help facilitate tax dodging.

Also, it is still completely unacceptable that people like Antoine Deltour and Edouard Perrin, without whom the current discussion wouldn't even be possible, face prosecution instead of being properly supported by a legal system of whistle-blower protection.

Its attempt to further weaken their protection via the trade secrets directive shows the extent to which the Commission's acknowledgement of the problem remains skin-deep.

In order to address the problem of corporate tax avoidance meaningfully, Europe will have to turn the page on the economically ruinous idea of inter-state tax competition and move without delay towards unitary taxation (such as embodied in principle in the CCCTB proposal).

This should be on the basis of a wide taxable base, a reasonable formula apportionment based on economic substance and a range of minimum rates based on member states' economic prowess and structure.

Member states should also equip themselves with the means to effectively counter avoidance schemes nationally. That means the re-application of withholding taxes  on outgoing financial flows, for which the current system of double-(non)-taxation treaties needs to be dismantled, and an end to the deductibility for tax purposes of interest and royalty costs if the respective cash flow is not properly taxed at its destination.