Fabio De Masi on plans to reform the Euro 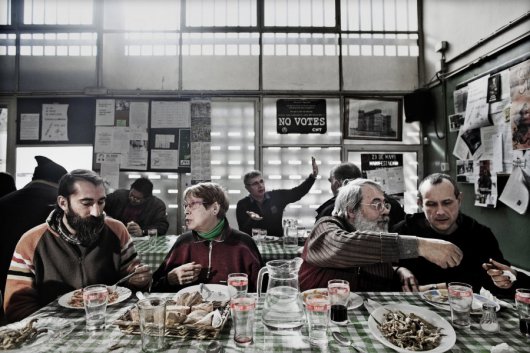 Prior to the referendum on the Troika dictate, President of the European Commission, Jean-Claude Juncker, and President of the European Parliament, Martin Schulz, threatened the Greek people that an oxi (no) vote would be incompatible with Euro membership. Even the Portuguese president, Anibal Cavaco Silva, wanted to abolish democracy. His creed: those who criticize the fiscal compact, austerity or the Euro are not entitled to govern.

Isn't it a pity that there are still elections in the EU? And not all Member States are under Troika supervision. But the EU has a solution for these problems, the "5-Presidents-Plan" for a reform of the Euro, named after the presidents of the European Commission, the European Council, the European Central Bank (ECB), the Eurogroup and the European Parliament. The Plan shall lead to a revision of the European Treaties until 2025 to finally render elections meaningless.

Competitiveness boards are created to intervene in economic policy and wage setting. Wage increases are to be linked to productivity growth and wage growth in the most competitive countries. However, the 5 Presidents by no means refer to the "golden wage rule", according to which wage increase should equal average productivity growth plus the ECB's target inflation rate of about 2% annually. This rules stabilizes the distribution between profits and wages, as well as the demand for goods and services. This is also a precondition for more productive firms to realize additional profits, and thus to reward innovation, instead of "wage dumping". Germany has violated this golden rule for many years and accumulated gigantic current account surpluses vis-à-vis its trading partners, which caused the level of private and public debt to skyrocket in countries like Spain.

The 5 Presidents do not even mention the target inflation rate. In addition, they make reference to productivity at the individual firm's level, not for the whole economy. Instead of strong unions, weak staff committees shall negotiate with employers. Of course, this is no interference in collective bargaining, the 5 Presidents claim. However, support by the planned "fiscal capacity" for countries hit by economic shocks will be conditional of countries having followed the advice of their competitive board, or if wages are sufficiently suppressed.

A European Fiscal Board shall "independently" evaluate the situation in the Eurozone. When applying the Stability and Growth Pact, the Eurozone fiscal stance should be taken into account, to see if there is room for additional investment, because e.g. Germany is not investing enough. But is it planned to exempt public investment, which creates wealth for future generations, from stupid debt rules, to enable e.g. additional investment in housing and schooling and to end the public failure in the refugee crisis? Nothing could be further from the truth. Capital Markets Union is planned to revive the market for junk credits (via securitization), to create new "investment". In addition, the "European Fund for Strategic Investment" (EFSI) could provide additional guarantees for private investment in "good countries" that sufficiently suppress wages. In that case, Allianz and Deutsche Bank will invest in public infrastructure projects, even though this is more expensive to tax payers, which will have to finance the higher returns to private investors. Europe abolishes itself.

The Euro is claimed to become more democratic and social (social impact assessments). The Eurogroup is supposed to become more important. The former Greek finance minister Yanis Varoufakis once was expelled from a Eurogroup meeting. So much for democracy. And social impact assessments already took place before the last Memorandum of Understanding with Greece, which includes VAT-hikes and pension cuts. So much for social matters. The French economist Piketty recently called the architecture of the Euro a monster. The 5 Presidents are now creating a Frankenstein.

Fabio De Masi (DIE LINKE) is member of the Committee on Economic and Monetary Affairs of the European Parliament.

The article was published on January 14 in the german newspaper Neues Deutschland.