GUE/NGL requests statement by the European Commission on Deutsche Bank 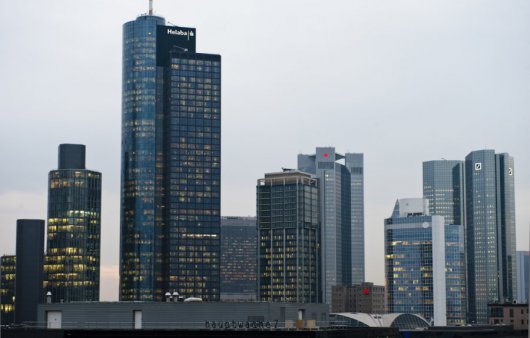 GUE/NGL has requested the European Commission to comment on the dangers Deutsche Bank poses to the stability of the financial system during the next plenary session in Strasbourg (24.-27.10.2016). MEP Fabio De Masi (Die Linke) - member of the committee for Economic and Monetary Affairs as well as the banking union working group - explains:

“Deutsche Bank is the most dangerous bank in the world and it will not become any less dangerous by watering down the Basel agreement, as intended by the European Commission.

The majority of groups in the European Parliament still block effective reforms of the banking sector and the separation of investment and commercial banking. However, if we want to build a firewall around the financial system and if we want to be able to send toxic investment banks filing for bankruptcy in a controlled fashion then these steps are essential.

The settlement procedures of the EU as well as the reassurance of Chancellor Merkel not to use tax payer’s money to support Deutsche Bank, are everything but credible. Zombie banks, such as Deutsche Bank, are too big and too connected to fail.”

Concluding, De Masi comments: “Tax payer’s money must only be used to recapitalise the core business of banks serving the real economy and must lead to public ownership and control of the bank business. This is how, for example, Sweden mastered its banking crisis in the 1990s. The conditions for breaking up and settling Deutsche Bank’s investment business have to be created immediately. We thus expect the EU Commission to tell the truth and be very clear about the systemic dangers Deutsche Bank poses. Furthermore, we urge both Conservatives and Social Democrats to plea for separating Deutsche Bank’s investment and commercial unit before tax payers are held accountable for the criminal doings of Deutsche Bank and before the European financial system is pushed into the abyss.”