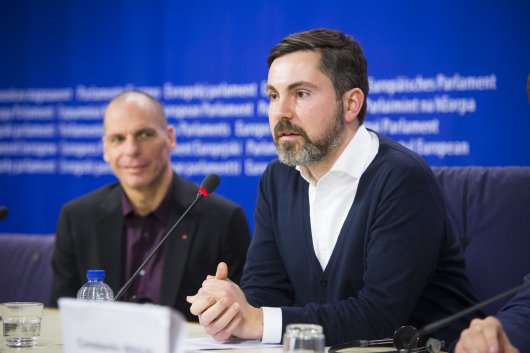 "The former Greek finance minister wants legal advice used by then former European Central Bank president Mario Draghi to be made public. The Italian central banker was said to have used the information to underpin a threat to freeze vital funding to Greek banks during the 2015 debt crisis. The ultimatum was a major catalyst in Athen’s decision to cave in during tense bailout negotiations with its lenders, Mr Varoufakis has argued. (...)

“Do you realise that the publication of this opinion strengthens the position of your government in view of pressures that you will soon accept the fifth memorandum?

“Will you support the legal case that German MP Fabio De Masi and myself have took to the European Court so that European citizens can see for themselves who planned the close of our banks that resulted in capital controls during three months back in 2015?”

Mr Varoufakis spent a tumultuous term as Greece’s finance minister in the first half of 2015."