While minimal effort has been expended to recoup losses incurred by State Capture, especially at the Passenger Rail Agency of South Africa, there is another aspect to this: There is little accountability for international companies who benefited from the 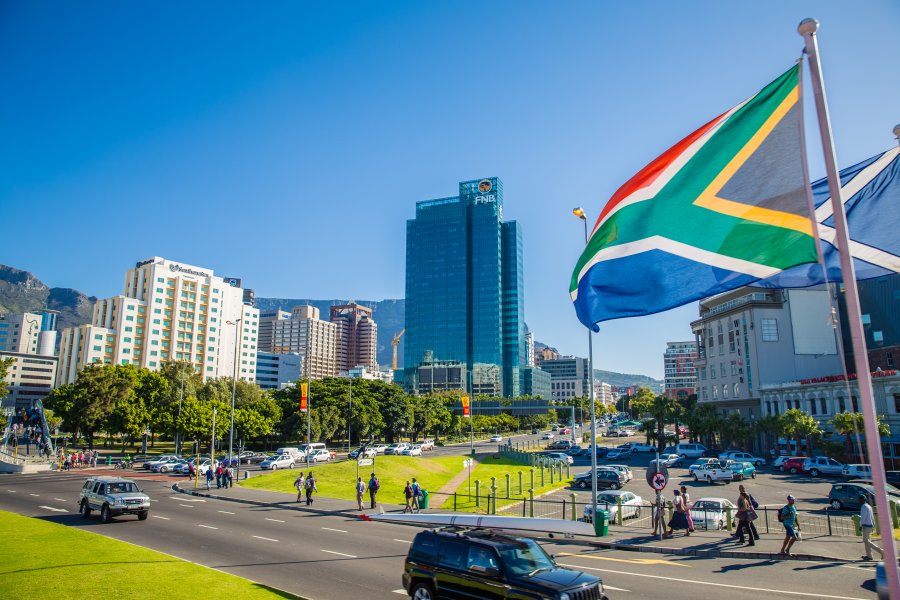 "A member of the German Bundestag, Fabio De Masi, has pledged to help #UniteBehind in its quest to have Vossloh España held accountable for its involvement in the “tall trains” saga. De Masi, an MP with Die Linke (The Left) party within the German Parliament, met for talks with #UniteBehind on 27 February 2020 in Cape Town.

#UniteBehind on Thursday held a media workshop on State Capture and its #FixOurTrains campaign, followed by a media briefing with De Masi.

The meeting was a direct result of a picket held at the German Consulate in July 2019 at which #UniteBehind demanded that German companies involved in State Capture be held accountable by the German government. One such company is Vossloh España, a manufacturing company that gained infamy through the Prasa “too tall trains” saga.

In 2013, South African company Swifambo Rail Leasing acted as a middleman for Vossloh, which won a tender worth R3.5-billion to provide 70 new locomotives. But when 13 of the locomotives arrived in South Africa, the trains were too tall for use on the SA rail network and could not be used — but Prasa still ended up paying R2.3-billion for the locomotives.

Vossloh no longer exists — following the tall trains disaster, it was bought by Stadler Rail, a Swiss rolling stock manufacturer. Swifambo went into liquidation in 2017.

Following the July 2019 picket, letters were written to the German ambassador a meeting with him followed. It was then that De Masi picked up on the issue and submitted questions to the German Federal Ministry of Justice and Consumer Protection. De Masi’s original parliamentary question was reported on at the time by Daily Maverick.

There was little De Masi could do then, as the South African government had not asked for cross-border legal assistance, he explained.

De Masi said while there was still little he could do at the moment, he could collaborate in a lawsuit with #UniteBehind in Germany, although he was an economist and MP, not a lawyer. But, he said, “if we find a way to lay charges… I won’t shy away from going the legal route. I will not let this company off the hook along with my comrades here”.

De Masi has previous experience with the Cape Town rail system, having studied for an economics degree at the University of Cape Town, where he would use taxis to get around, but would use the trains to get to places such as Fish Hoek and Muizenberg.

“By prosecuting Vossloh, the South African people would have the funds to invest in rail,” he told Daily Maverick at the briefing. About travelling by train in the country, especially Cape Town, on this visit, he said that the German embassy is “over-cautious at times… the German embassy advised us not to use the trains”"