Debate: Does Germany have too much power in the EU, or too little?

Fabio De Masi answering questions on debateeurope.eu about Germany and the European Union 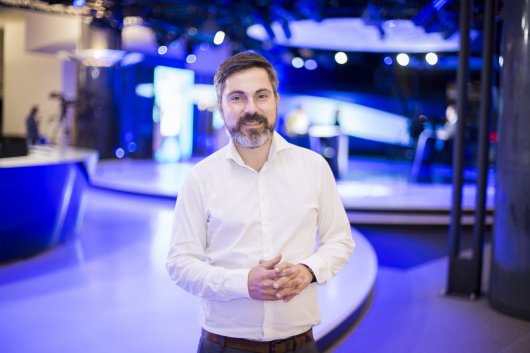 " Does Germany have too much power? The answer depends to a large extent on where you pose the question. If you were to ask people on the street in Athens many would probably nod their heads in agreement. In Berlin, however, the response would be quite the opposite. (...)

Fabio De Masi:  Germany is the fourth-largest economy in the world and has an enormous political and economic power in the European Union, not least because Germany is selling more and more abroad than it buys, which means a high export surplus. This is why our trading partners are in debt. Germany is therefore the only country to have the fiscal ammunition for the so-called ‘Euro rescue packages’, which were, in reality, bank rescues. Thus Germany can largely dictate policy in the Eurozone. (...)

The European Commission has the right to legislative initiative in areas where it alone is responsible. In other areas, the Commission may first be called upon by the Council of the Member States, by the European Parliament or by a European Citizens’ Initiative. In fact, the larger countries – Germany as well as France – have a de facto veto in the European Union and, therefore, rarely is anything decided against the will of their governments."

The full debate can be read online here.